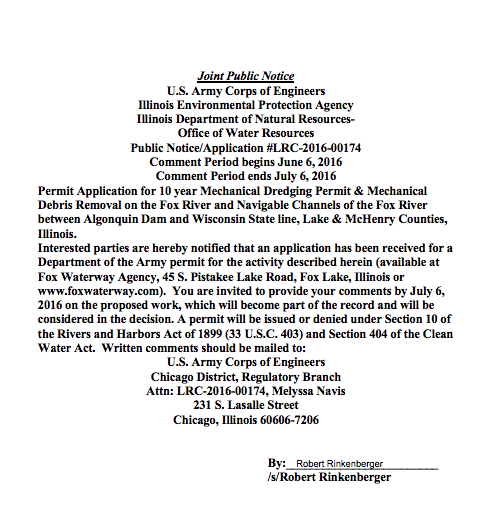 Interested parties are hereby notified that an application has been received for a Department of the Army permit for the activity described herein (available at Fox Waterway Agency, 45 S. Pistakee Lake Road, Fox Lake, Illinois or
www.foxwaterway.com). You are invited to provide your comments by July 6, 2016 on the proposed work, which will become part of the record and will be considered in the decision. A permit will be issued or denied under Section 10 of the Rivers and Harbors Act of 1899 (33 U.S.C. 403) and Section 404 of the Clean Water Act. Written comments should be mailed to: