This email serves as a heads up for the threat of river flooding later this week. Areas with the highest chance of flooding include the following rivers and their tributaries: Fox, DuPage, Des Plaines, Kankakee, Iroquois, and Vermilion.

Warming temperatures will likely melt most of the remaining snowpack, causing snowmelt to head toward area rivers. Up to one inch of water equivalent is contained in the snowpack in the Vermilion, Iroquois, and Kankakee river basins. Heavy rainfall is also expected Wednesday night into Thursday, which will cause additional runoff to head toward area rivers. For areas with heavy river ice cover, such as portions of the Fox, DuPage, Des Plaines, Kankakee, Iroquois, and Vermilion rivers, rising water levels could break up ice cover and lead to break-up ice jams. Ice jams can develop very quickly and lead to rapid water level fluctuations with little or no notice. Exact locations and amounts of heavy rainfall, and thus the threat of flooding, remain uncertain at this time.

We advise persons with interests along area rivers to monitor the latest forecasts and statements from the National Weather Service. For the latest Weather Story graphics, including the wintry weather potential midweek, please see weather.gov/chicago/weatherstory. 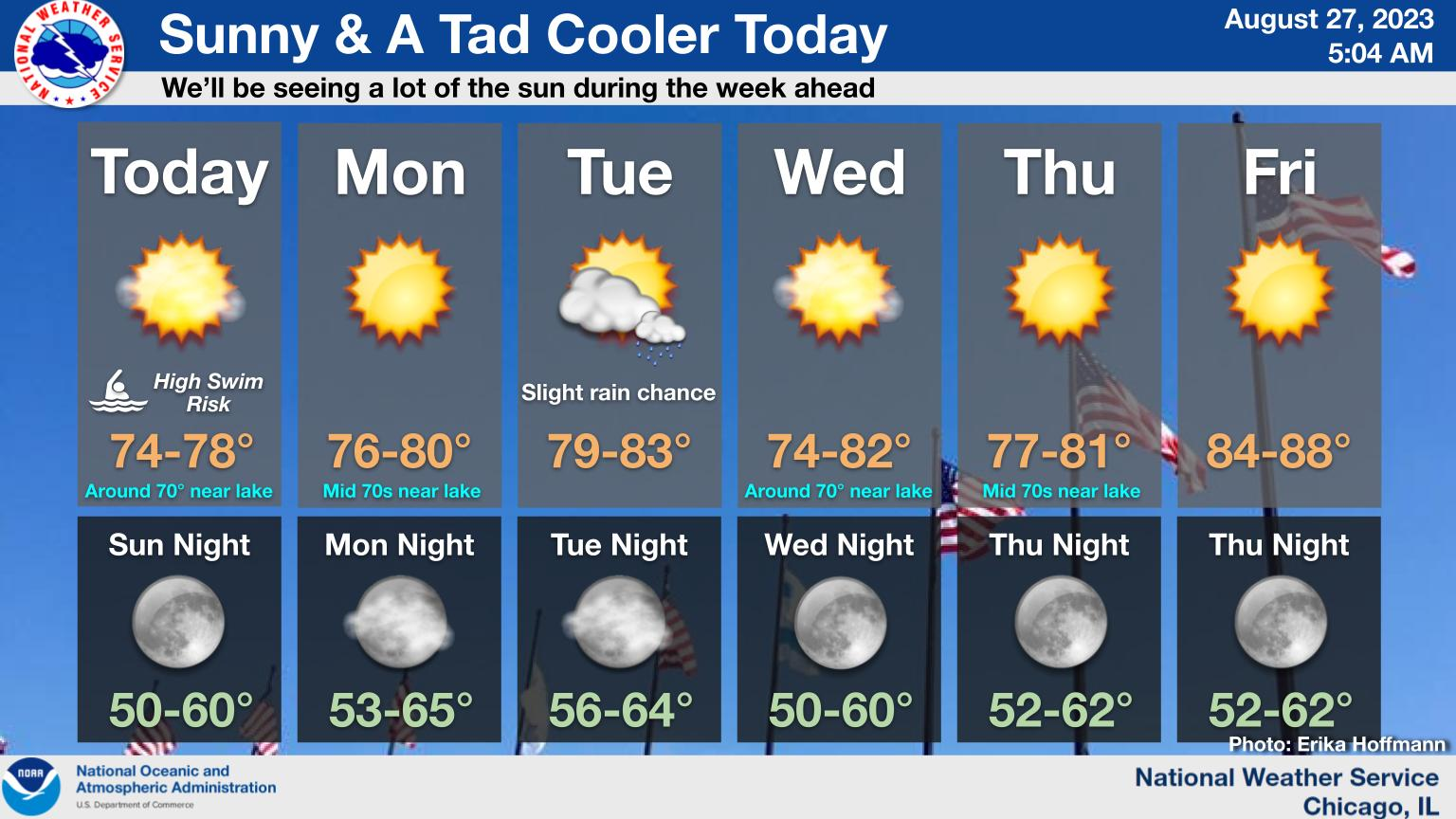