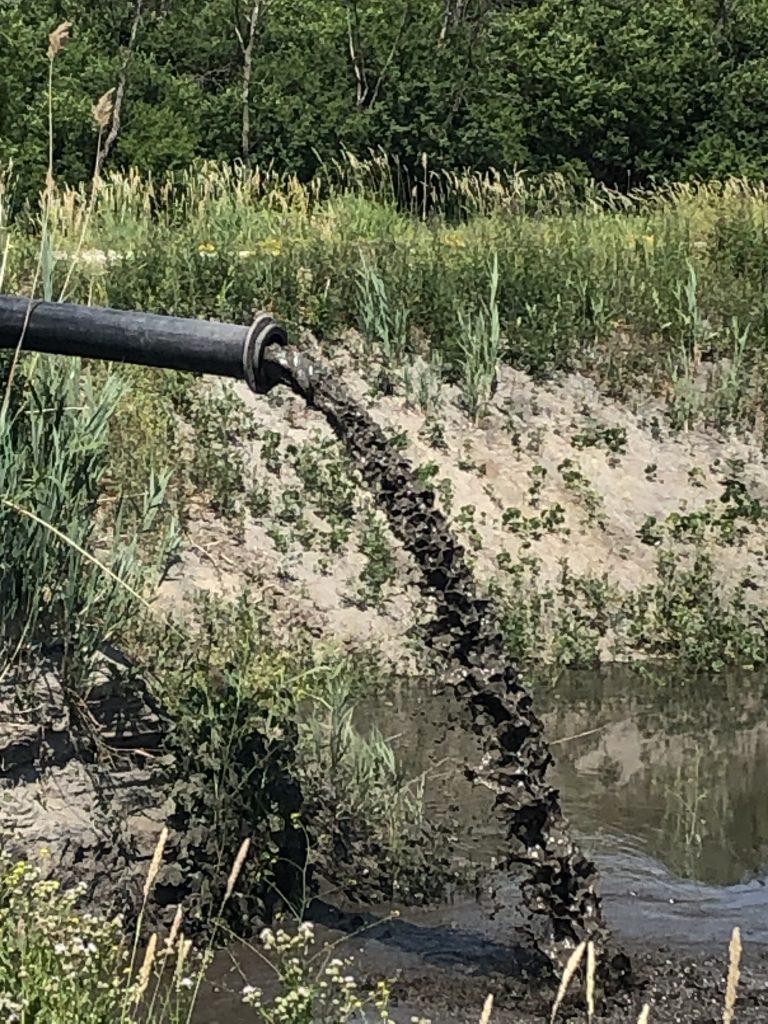 It is estimated that over 50,000 thousand cubic yards of sediments enter into the Chain O’ Lakes from Wisconsin through the Fox River alone, that’s nearly 4,000 dump truck loads of material!

That’s most of the estimated 100,000 cubic yards of sediments that are believed to enter the whole system each year throughout the entire watershed.

The FWA is working hard to undo that.  Here’s the hydraulic dredge and crew on the East side of Grass Lake pumping sediment to the Cooper Farms dewatering facility which can hold up to 130,000 cubic yards worth of material.  The more rich soils that can be removed out of Grass Lake means less sedimentation into other lakes and down the Fox River.

Thank you for your continued support in preserving our waterway! 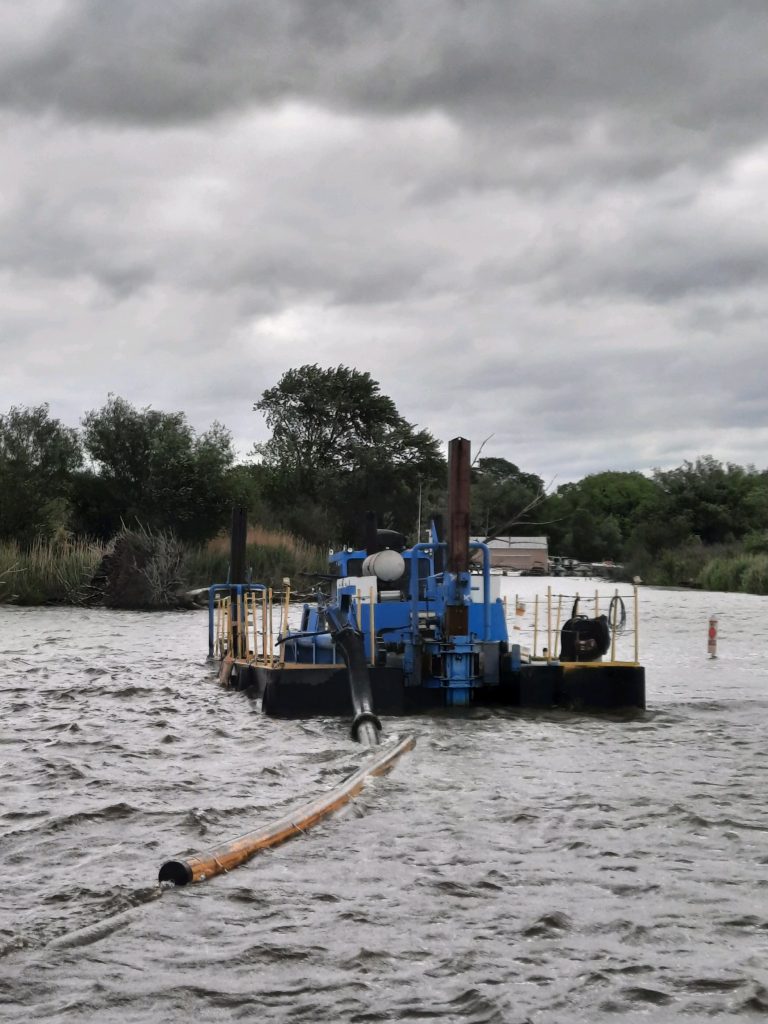 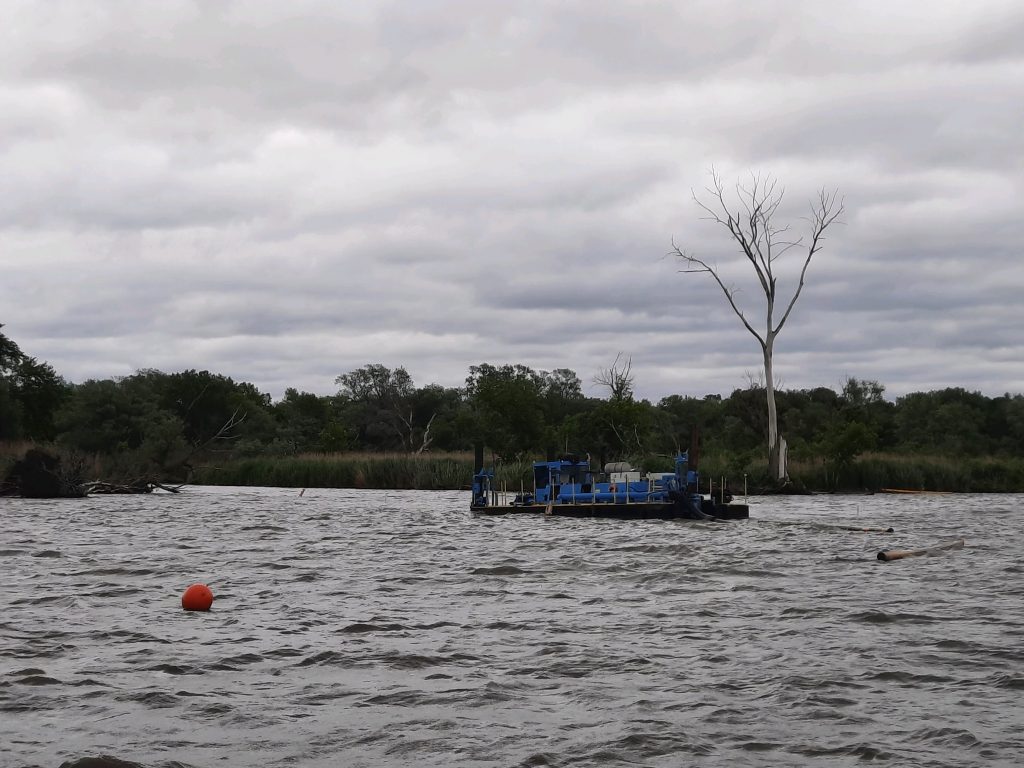